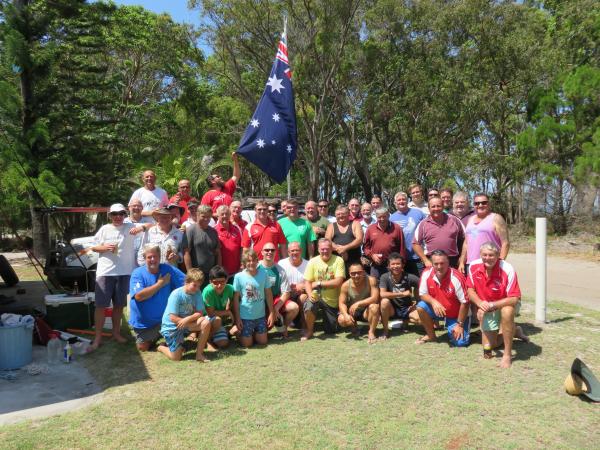 The first meeting was at Mr. Brain Littlerick's house where they decided that as the Scarborough club was based at Scarborough pub, R.C.A.A should be based at the ambassador hotel in the heart of Redcliffe.

With these five founding members now drinking with the local patrons in the back bar at the Ambassador Hotel the numbers swelled to 30 members in a month. The second meeting was delayed because Mr mal Ferguson had broken away from the independent amateur club in Townsville and was brining his club consitution to form a committee. the publican Mr Wally Coffery of the ambassador hotel put on free beers for the first meeting which went late into the night. Mr. Greg Gallagher who worked at the ambassador hotel was elected to first president of R.C.A.A.

The club first started raffling fish trays at the ambassador hotel to raise funds for the club. Today, we raffle meat trays on a Friday night from 5-6pm and Saturdays at 12-1pm.

Within a year of being formed the club had gone from five members to over fifty including junior competitors.

It was decided to field A, B & C grade teams in SQAFCA interclub competitions and to pick SQAFCA competitors as club trips.

Today R.C.A.A boasts the largest amount of competitors out of all clubs in the light gear.

In 1976, Mr. Barry Ferguson managed to acquire a block of land at Bulwer off the Zillmere fishing club with a bit of help from Mr. Kevin Saddler of the Lands department, who was a member of the Virginia-Nundah Fishing club, for $1.00 stamp duty. The management committee then formed a building committee which consisted of: Mr. Bluey Bowman, Mr. Keith Duncan, Mr. Barry Cork, Mr. Sam Russo and Mr. Barry Ferguson.

These men did the most amazing thing, you see, in 1976 there was no barge so they all travelled across in 15 foot boats with axes and chainsaws and cleared the land by hand. Then they travelled across with bags of cement, borrowed Mr. Claude Robinson's truck on the Island and obtained gravel from north light and the slab was down. The besser bricks went across Mr. Claude Robinsons cut down trawler "The Bambie" and the walls were completed. Eventually after many years the club house was completed and today it is the largest and the best fishing club house on the island. The Redcliffe city anglers have gone from strength to strength in the last forty years and will always be one of the strongest clubs in south Queensland.